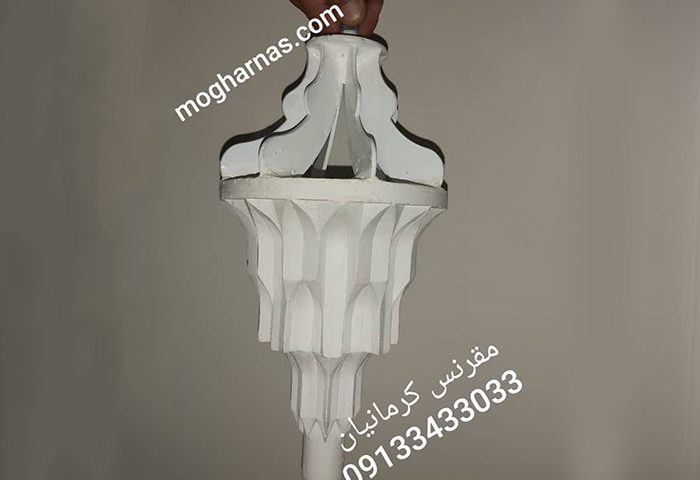 Mogharnas cluster hanging on two trains, first on the first train with two spikes, and on the second train, which features a very delicate four-limb bed, and on the third train some points along the second civil train It forms and ends at the fourth train with jumps and triangle beds

The height between each train is 2 cm, which in total is 5 cm. In this Mogharnas, which is called cluster Mogharnas, we have shown its upper junction base as the base of the cluster, where we installed it in Mogharnas. Offset arch at Imamzadeh Hassan (A) Neyriz. Mogharnas there will be dramatically audible.